How is pilot training organized?

Groundschool is composed of a series of sections, each of which focuses on a particular subject related to flying and each of which concludes with an in-class quiz; air instruction focuses on a series of prescribed air exercises--generally, the Flight Instructor demonstrates and explains the application of the exercise, then the student learns and practices the same.

At the end of each Groundschool section (based on subject), students must write a qualifying section quiz; when they have finished all of qualifying quizes, they qualify to write the course's final examination, which is delivered in class (see the Course Outlines for a detailed description of groundschool). The final exam for the course is designed to simulate the Transport Canada's qualifying examination. When they successfully write the final examination, they are provided with a Letter of Recommendation, which qualifies them to write the Transport Canada examination. The Transport Canada examinations are normally composed of 100 multiple choice questions, which must be written in 3 hours. The passing mark is 60%, which must be achieved in each of the four sections which make up the exam.

When a student passes Transport Canada's qualifying written examination, the results are valid for two years, and student must therefore complete their flight test within this time to receive their pilot licence.

Approximately 75% of air instruction entails flight with an Instructor, will 25% of air training involves student practice (solo training flights). Students can only fly solo after they receive their Student Pilot Permits (see the Private Pilot Course Outline for information regarding the Student Pilot Permit).

The Two Parts of Air Instruction

Air instruction is generally divided into two parts--pre-solo flight training and post-solo flight training. The first part consists of between 10 and 20 hours of air instruction (each flight lesson is approximately 1-hour long). In this first part, the student basically learns all there is to know about controlling an aircraft in flight--climbs, descents, turns, speed variations, slow flight, stalls, spins, spirals, slipping, and landings and takeoffs (a detailed description of the exercises appear in the Course Outlines); this part ends when the student does their first solo takeoff and landing (without the instructor on board the aircraft).

In the second part of training, the student learns to apply all their learned skills to cross-country flying (navigation), and they complete a series of planned trips to other airports such as Nanaimo, Powell River, Hope, or Chilliwack. In the second part students also learn how to fly on instruments (without seeing the ground), and they practice and prepare for their flight test. When the Flight Instructor feels that the student will have a reasonable chance at sucessfully completing the flight test, the student receives another Letter of Recommendation. To be successful in the flight test, students must fly in accordance with the standards established in Transport Canada document called the Flight Test Guide. The Flight Test is composed to two sections--ground and air. The ground section examines the students knowledge, while the air section examines the student's skills flying a series of exercises.

A successful flght test is valid for only one year, so students must complete Transport Canada's qualifying written examination during this time to receive their pilot licence. 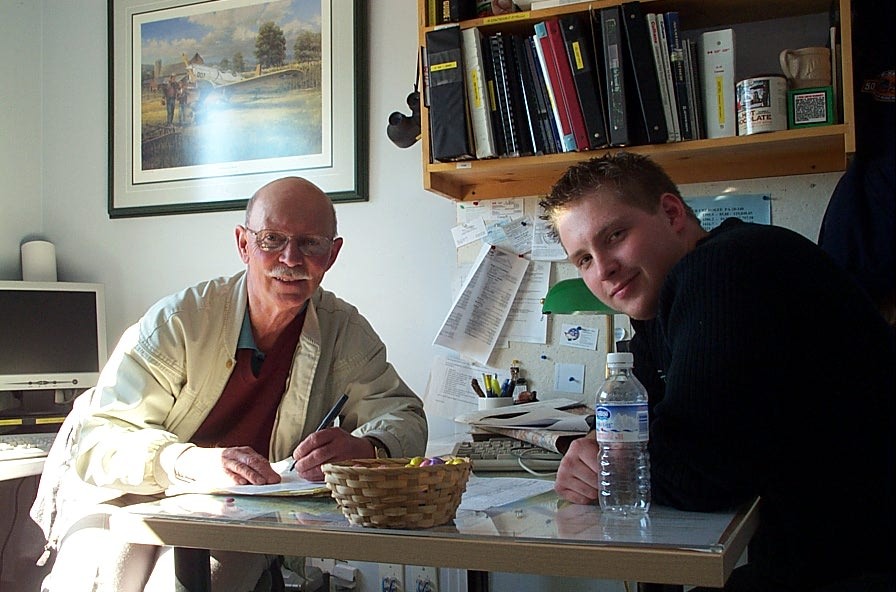