Flying As a Career

For many students setting off on their commercial pilot training, they are the first in their family to contemplate such a career.  All students have internal motivation for this choice, but most do not have external references to follow—they do not know anyone personally who fly for a living.  This brochure is designed to paint a picture of professional flying—the practical side of personnel licensing—and, in particular, the all-important subject of career progression.  The material in this section—which is based primarily on statistics—is derived from what may be described as a phenomenal study of professional flying in 2001 by Human Resources and Skills Development Canada.  The resultant publication—entitled Human Resource Study of Commercial Pilots in Canada (9.98 MB)—is based on interview and survey data derived from professional pilots, air operators, flight-training institutes, and student pilots.  While this study is now somewhat dated, it remains the most comprehensive data on pilot careers collected in Canada to day, and it shall likely remain so for some time given the tightening of the public purse with regards to marketplace studies. Some of their findings are summarized below, but everyone contemplating a career as a commercial pilot should read this publication in its orginal form. Even though we approach the 15-year anniversary of this document, the career processes and industry pressures that drive the professional pilot's career still ring true today.

The Career Progression of Canadian Pilots

It was found2 that most air operators regard general attitude as the most important factor in assessing pilots for employment, with interpersonal and communications skills, and compatibility with the organization’s culture, ranking second and third, respectively.

Almost 70% of professional pilots reported obtained their multi-engine rating and instrument rating within 12 months of receiving their Commercial Pilot License.3

The majority of professional pilots (59%) reported obtaining their Airline Transport Pilot License between 2 to 4 years after receiving their Commercial Pilot License.

Approximately 31% of professional pilots reported that their first job in the industry was as a flight instructor.

Approximately 71% of professional pilots reported success at obtaining employment as a pilot within 12 months after receiving their Commercial Pilot Licence.

The majority of air operators and professional pilots reported that personal initiative was the primary factor that affected career advancement.4

Approximately 20% of air operators reported they experienced an annual turn-over rate in their pilot pool of 30%.

About 9% of pilots expect to leave their profession, and 90% of these respondents expect to do so in the next 3 years.

Some observers believe6 the aviation industry is on the verge of a technological revolution, with changes within the next few years being far greater than was experienced in the preceding 20 or 30 years.

NASA is predicting a major revolution in aircraft design.

Others predict the appearance of new-generation ultra-large aircraft, combined with a new fleet of small-capacity, long-haul transport.  Aircraft control will be computer based (i.e., Flight Management System) and likely entail glass cockpits.

Of the air operators, between 24% and 45% felt that there was a shortcoming in pilot skills with respect to technical and non-technical skills. 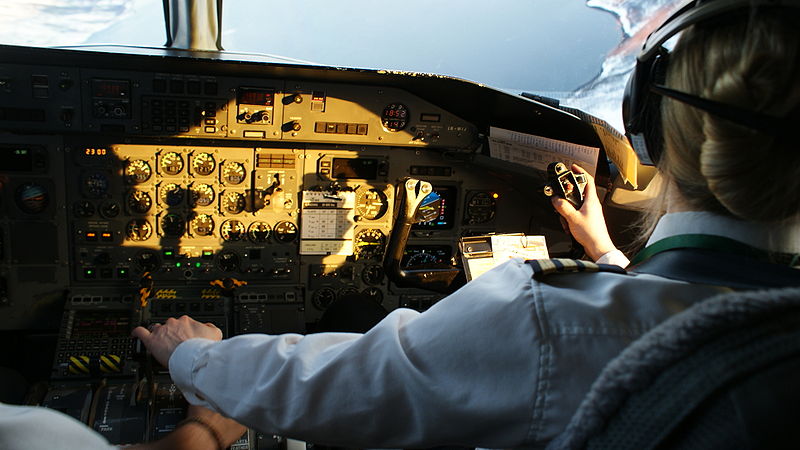 The aviation industry is described as pro-cyclical, meaning it tends to rise and fall with greater amplitude than is experienced by the general economy (as measured by the Gross Domestic Product).

Canadian international passenger traffic is expected to increase by 4.8% during the period 1999-2004.

The number of retiring professional pilots is expected to increased markedly in the coming years.

5 Ibid, Pp. 4-5.  Note that these income findings include estimates of “full-time” equivalents.